Learn More Market Insights IRAs/401(k)s: The Ugly Truth No One Talks About 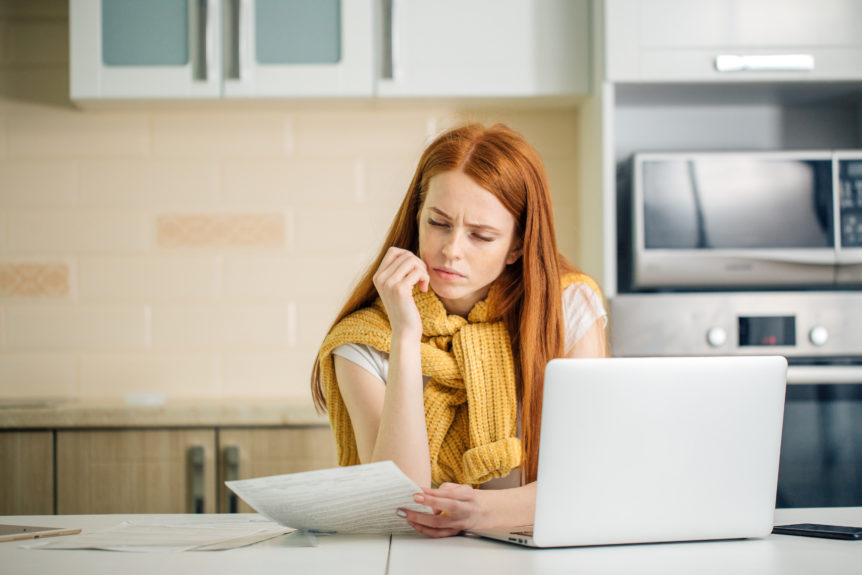 The true cost of IRA and 401(k) IRAs and 401(k)s is hard to understand. You probably pay more fees than you realize. There are other drawbacks that are important to know too. Read more now.

One of the biggest issues with understanding the true cost of  IRAs and 401(k)s is that investors and money managers use brokerage accounts to create them, and therefore probably face more fees than they realize.

But that’s not the whole story.

Most people who invest in the market do so with mutual funds, which adds a whole new level of cost to the picture. Why? Because over the last twenty years, mutual funds have averaged a return of only 57% of what the market has earned, as measured by the S&P 5001. As John Bogle, the founder of Vanguard, noted, mutual funds are a victim of the tyranny of compounding costs2.

By the way, that 57% is before taxes. Jack Bogle further points out that when you subtract the cost of taxes, hidden turnover costs, sales loads, and expense ratios, you have reduced your net return to 41% of what the market returns!

Some people challenge me on these numbers, so let me give you a real-life example:

I am an Investment Adviser Representative, who occasionally works with a well-known national financial advisor. In that capacity, I recently rolled a 401(k) into a self-directed IRA for a client. Do you know what I got paid for that? For the hour and a half that I put into that effort I immediately earned 2.2% of the client’s funds, and I will continue to earn an additional 2.2% every year for as long as the money sits there. I only do this to help my clients have a place to hold their money for a short term.

Taxes Paid or Increased Because of Qualified Income

Money from an IRA is counted as income and subject to tax when you retire.  Furthermore, when the government determines how much you need to pay for Medicare and what taxes you will pay on your Social Security income in retirement, they include the income you receive from your IRA or 401(k) etc.  Our immediate-gratification society is all too happy to take a tax deduction now without giving an ounce of thought to the future consequences of that. When you reach retirement, Uncle Sam will come calling to tell you how much of your IRA he wants. He’s not going to tax you at the rate you were paying when you got the tax deduction. No, he’s going to charge you a higher rate in the future—which most people only realize when it’s too late.

The Impact of Required Minimum Distributions

What if you don’t need or don’t want the income every year later in life? At 701/2, you must take it out and pay taxes on it. If you don’t, you will have to pay a penalty equal to the tax plus 10% of the tax. That’s called a Required Minimum Distribution, or RMD. But what if you do need the money? The RMD will cause you to pull it out at a rate higher than the market has been earning because the RMDs require you to withdraw money based on the old rule that you must withdraw more than 4% of your total balance.  That rule really is no longer valid and will probably cause you to run out of money before you run out of breath.

Recommended Reading:  Why the 4% Rule is No Longer Valid

IRAs are Subject to Market Risk

Another thing to consider is that, since most people invest in the market within their IRAs, or 401(k)s they are subject to the ups and downs of the market. In case you’ve forgotten 2008, look at the chart below. As you will see, history and high expectations are against you. 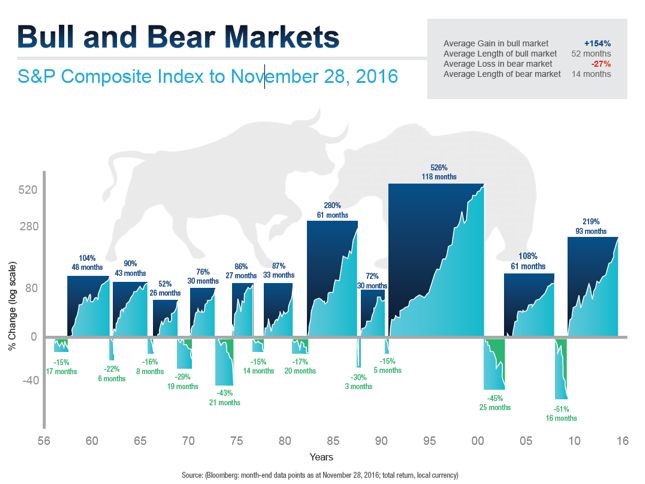 The average bull market lasts 52 months, followed by a bear market that lasts about 14 months. The longer the government keeps the market propped up, the bigger the crash when it comes. (The last two bear markets were the worst since the Great Depression.) Since the current bull market has now run for 108 months (as of February 22, 2018) many industry experts have concluded that the market is long overdue for a correction. In Frebruary of 2018, Ray Dalio, head of Bridgewater Associates, the world’s largest hedge fund pegged the probability of a recession at 70% 3.

As Bloomberg.com pointed out, “To get where bulls think earnings are going, the economy would have to pull off a feat of strength that is unprecedented since at least 1937. Specifically, on the three occasions the U.S. has gone 71/2 years without a recession, earnings have never grown 10 percent this late in the cycle. That’s the rate analysts estimate for the S&P 500 in 2017.” Therefore, many credible people, including the aforementioned John Bogle, are projecting a market crash equal to or worse than the one in 2008.

Recommended Reading: Will the next bear market be worse than the dot.bomb or housing market crashes?

Reduce Risk in Your Retirement

Your retirement savings doesn’t have to be subject to the same expense structure or taxes and it doesn’t have to be exposed to the same degree of market risk. The Better Money Method™ can protect you from such a crash. With the Better Money Method™, you will not be subject to market losses, RMDs, or taxes, and you will still get an above-average rate of return.