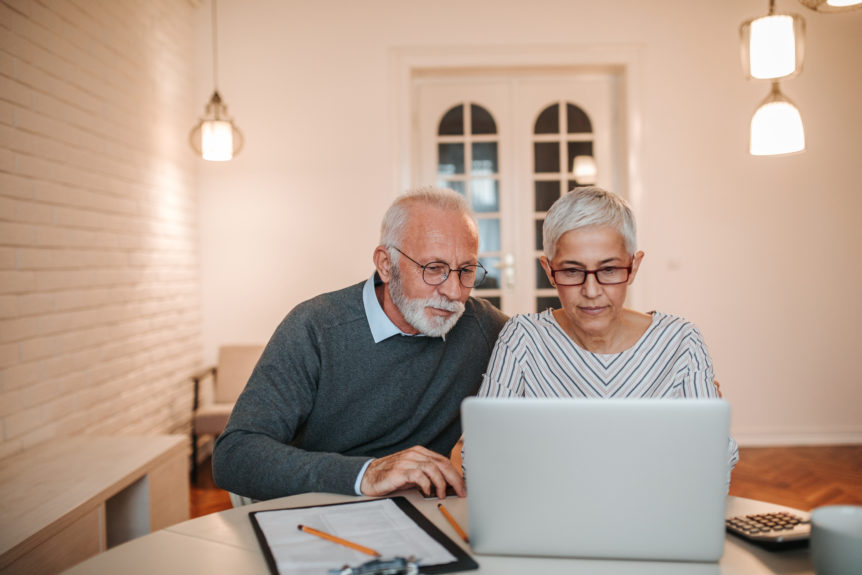 Your contributions to your IRA or 401(k) are often tax-deductible now, but you WILL have to pay taxes on the withdrawals you make when you retire. Discover a better way that gives you tax-free income and protects you from market loss. Read more.

Minimize taxes when you are on a limited and set income.

As you probably know, while you may not be paying taxes on the monies you contribute to your IRA or 401(k) now, you WILL have to pay taxes on the withdrawals you make when you retire, and that tax rate will be based on federal, state and local income tax rates in place at the time of your retirement and the total annual income you receive in retirement. 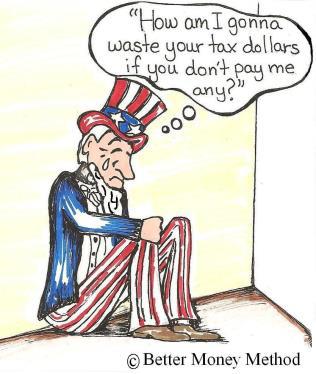 Most people have retirement plans that assume they will be in a lower income bracket when they retire, but too often that’s not what happens because they also have less deductions or more taxable income. The hard part is, when you retire, you typically don’t have a lot of upside potential or opportunity to increase your annual income when needed. So, those tax deductions can really impact your ability to fund your dreams.

Even worse, if you get into a situation where you need to tap into some of your retirement accounts BEFORE you retire or reach the stated age currently set in your plan (typically 59 and ½) then you’ll pay taxes to the tune of your current tax rate PLUS penalties.

The good news is there’s another option.

The insurance industry has the best-kept secret IRS-approved retirement saving plan that you have probably never heard of.

It is not a company-sponsored, pre-tax qualified plan, a 401(k) plan, or any of the qualified alphabet soup plans out there. It’s not an annuity or a whole life insurance policy. Even though according to the industry, sales of it are increasing at a rate of 38% per year, it is the financial industry’s #1 secret. It’s an Indexed Universal Life (IUL) insurance policy.

To understand why an IUL is a powerful and significantly better alternative to a 401(k) plan or an IRA for anyone who doesn’t trust the market, let’s look at what those have done for us. We need to start with the fact that only five percent of the American public can retire with enough money to maintain their lifestyle1. The generally accepted fact is that after a generation of use, qualified plans comprised of equity-based investments are a failure. If they weren’t an abject failure, this five percent statistic would not be true.

The three major stock market crashes of recent history (1987, 2000, and 2008) have convinced a large portion of the population to be fearful of the stock market, forcing many people to stop saving – wondering “what’s the use?” Since the 1980’s the 401(k) has become the “standard” retirement plan of most people saving for retirement, yet this has proven to be a major blunder for most retirees.

On October 9, 2009, TIME magazine ran a cover article titled “Why It’s Time to Retire the 401(k)” In that article, the author, Stephen Gandel, says “the ugly truth is that the 401(k) is a lousy idea, a financial flop, a rotten repository for our retirement reserves. The solution: a new type of insurance. Retirement savings, it turns out, are exactly the type of asset we need insurance for.”

What Mr. Gandel did not realize is that “a new type of insurance” has been around for years. It’s an IUL. You currently insure your health, your home, and your vehicles. Why not also insure your retirement and cut out the tax man in the process?

An IUL can provide a tax-free, market-risk-free, gains-locked in, congressionally approved solution that has been in use since the 1970’s. IUL’s are like an indexed annuity (and unlike a mutual fund Roth) allowing you to keep most of the gains of the market without suffering any of the losses. Yet the public and most financial advisers have absolutely no idea what they are or how they work. IULs contain many benefits not included in any other investment. For a more thorough explanation of an IUL, please read my book, The Better Money Method. A Better Idea for Retirement.

How much do you have to put in an IUL to reach your goals?

Let’s look at a case study to show how these concepts work in real life. This is just an illustration. It cannot be guaranteed; it is a hypothetical example.

For this example, let’s assume we have a client by the name of Jake. Jake is 40 years old and has been happily married to Nicole, age 35, for 15 years. They have three children, ages 4, 6, and 8. Jake and Nicole have $20K a year they can set aside for their retirement.

First, we will assume they chose to fund an IUL for their retirement. They will fund it for 29 years and then begin taking out retirement income at age 70 for the balance of their lives. Under this assumption, they will invest a total of $510K over 29 years, and starting at age 70, using a conservative projection on the IUL, they will receive $120K TAX-FREE in their first year of retirement. That will compound at 3% a year each year after that to keep up with inflation. Assuming a 30% tax rate, that is equivalent to an annual pre-tax income of $171,429.

Now let’s see how much Jake and Nicole would have had to invest annually in a traditional (stocks, bond, real-estate) retirement plan over the same 24 years to achieve the same net result. For this example, we will assume a 5% average rate of return and the newly-accepted standard recommendation that they will withdraw 2.6% out of their retirement portfolio annually to make sure it can last them at least 30 years (see “The 4 Percent Rule Is Not Safe in a Low-Yield World.”)

For Jake and Nicole to generate the same pre-tax annual income of $171,429, poor Jake and Nicole would have to create a pre-tax retirement fund of $6,593,406. This estimate of over six million dollars assumes that they set up the standard recommended 60% stock, 40% bond portfolio allocation to provide the best chance of the portfolio not fluctuating in value too much before or during their retirement.

This estimate of the total amount needed also assumes that there are no major market crashes during their retirement (a dubious assumption considering history.) And, to achieve the required $6,593,406, Jake and Nicole would have to invest a whopping $8,452 PER MONTH or more than $101,000 a year!

To look at this another way, Jake and Nicole can choose to invest $510,000 in a conservatively illustrated IUL to have a high probability of a retirement income of $120K per year TAXFREE. Or, they can choose to invest $2,941,296 ($8,452 per month times 12 months times 29 years) in a “normal” retirement plan to hopefully achieve the same net result.

Which would you choose?

Think about how big that difference is and how hard Jake and Nicole are working in the second example!  With a qualified plan like a 401(k)/IRA etc. Jake and Nicole must contribute at least 6 times the amount of money that they would have to put into an IUL to achieve the same result!  AND their 401(k)/IRA account balances and value are exposed to market risk and can experience losses when the market goes down. An IUL, properly structured, has a floor on loss that minimizes or eradicates the risk of loss during a down market.

Hypothetical Example:  An IUL can provide up to four times more income in retirement

Jake and Nicole’s scenario is a hypothetical example, but it is based on realistic numbers.  Another way of looking at the net result is to consider that if Jake and Nicole invested the $20,000 per year in a qualified plan for 29 years earning 5% and assuming the 2.6% safe withdrawal rate, they would receive a pre-tax income of $24,043 per year.

The same amount of money invested in the conservatively illustrated IUL is projected to produce an after-tax income of $120K more than 4 times as much. This is the direct result of features of an IUL, which include the protection of principal against market loss, indexing, cutting out the tax man, and the arbitrage on the back-end.

Want to learn more?  Set up a 15-minute meeting to find out if an IUL can work for you, or email us a question or two. Get started today!

1 John Stossel, Myths, Lies and Downright Stupidity: Get Out the Shovel—Why Everything You Know is Wrong (New York: MJF Books/Fine Communications, 2009).